Bird Watching with JavaScript -- The Bluebird

"The first sparrow of spring! The year beginning with younger hope than ever! The faint silvery warblings heard over the partially bare and moist fields from the bluebird, the song sparrow, and the red-wing, as if the last flakes of winter tinkled as they fell! What at such a time are histories, chronologies, traditions, and all written revelations? The brooks sing carols and glees to the spring."
-- Henry David Thoreau
Walden, page 160

One of the first higher order functions that people learn is the composite function.

In combinatory logic the composite function is known as the B combinator.

It also goes by the name given to it in To Mock a Mocking Bird, the bluebird.


One of the things I love about Haskell is that if you look at a method signature you can pretty much tell what the function does.

Here is the definition of the compose function taken from the Haskell source. 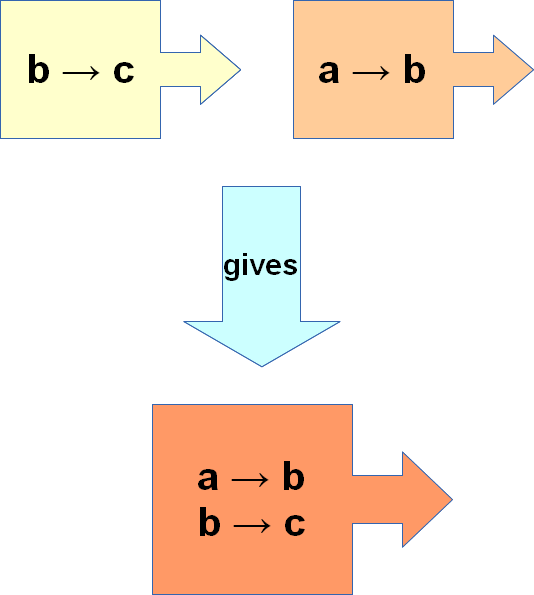 Looking at the definition we see that we need two functions, one goes from b to c and the other goes from a to b.  When given the value a the output is value c.


We see that compose is built into Haskell but what about JavaScript?  Reading Reginald Braithwaite's excellent book JavaScript Allongé we see a definition of compose but we do find anything built into JavaScript (reading this book is what prompted me to write this post).  Luckily Underscore.js has us covered!

Looking at the functional definition we see that we can pass in any number of functions and have compose create a function which applies all of them to the argument given to it.


In fact looking at the annotation source we see that it applies all of the function we give it to how ever many arguments we give it!


We verify that we can apply compose however many times we wish to the identity function, which is also known as the I combinatory or the idiot bird, and we will get the same value back, f(x) = x.


We see we can also pass in only one function and have that function applied to the argument we give it.


We also verify that the order does matter.  When we use compose we need to think of it as applying the functions given in the order that we would read it if we wrote it out.

is very different from