In Graham Hutton's excellent paper, "A tutorial on the universality and expressiveness of fold", the first function that is looked at is And.  Dr. Hutton gives And the following definition: 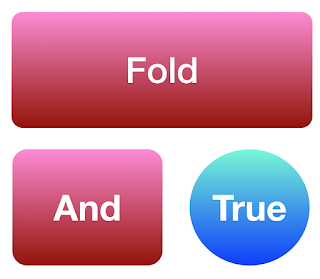 Let us look at this in code.


To create an Anding function we'll use reduce along with the and macro with a seed of true.  Since and is a macro, we'll need to wrap it in a function in order to be able to use it in reduce.


We'll use the LINQ function Aggregate along && and a value of true to create an Anding function.


We see that by using lodash's foldl function with && and the value true we can create an Anding function.


Since we live in the future, we'll use Babel to allow us to use ECMAScript 2015.  We see again that by using lodash's foldl with && along with the value true we now have an Anding function.


There you have it the And function using Fold, showing once again that all you need is Fold.
Posted by Mike Harris